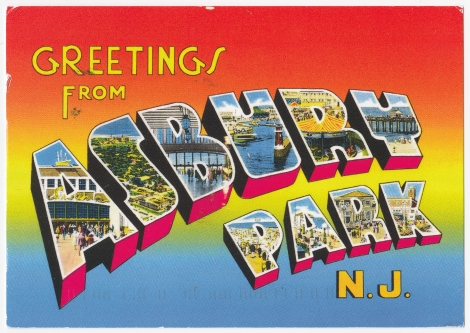 Joe grew up just inside Chicago’s northernmost border. He ran Grinnell College’s satirical newspaper for a while and once introduced Vice President Joe Biden at a campaign rally. These days he writes and does some PR for the Chicago Humanities Festival. Find more of Joe’s work at www.joeengleman.com

Is Dylan from California? Mill Valley? Did he go to college in Iowa? And study Anthropology? Did he squint at the Iowan cornfields, on windy nights, and pretend they were the Pacific Ocean? Near which he was raised? Does he now live in Minnesota? Duluth? The San Francisco of the Midwest? The Venice of Minnesota? Where Lake Superior replaces the cornfields and the ocean? Does he write? On occasion? Did he once believe he was a Tyrannosaurus-Rex​ reincarnate? Once anthropomorphize his cornfields? His ​U.S. States? Yes. But he doesn’t do that anymore.

Clare has worked as a Page in the Iowa Legislature, as an editorial assistant for Vela Magazine, as a wildland firefighter for the Forest Service and as an archaeologist’s assistant in Arizona. Her first ever crush was Darth Vader. Born on an expat compound in Saudi Arabia, Clare was mostly raised in Indiana and Iowa. Currently, she resides in an apartment beneath two jazz musicians in Salt Lake City, Utah. Learn more about Clare and her work at www.clareboerigter.com 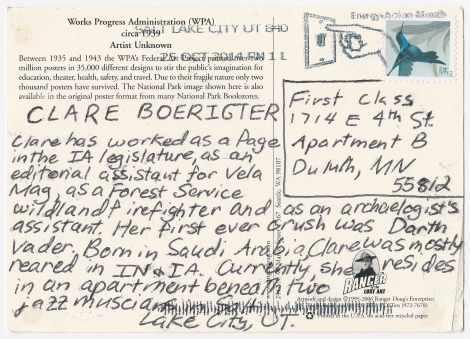